If you have comments or questions please post them here.

REPLY & QUOTE
JPTRR (Frederick Boucher) said
Very interesting! I always wondered what "Technicals" are. And what is with guy dressed as Darth Vader?

The Darth Vader helmet is "real", as it was made and used by the iraqi Fedayeen paramilitary forces uder Saddam's regime. 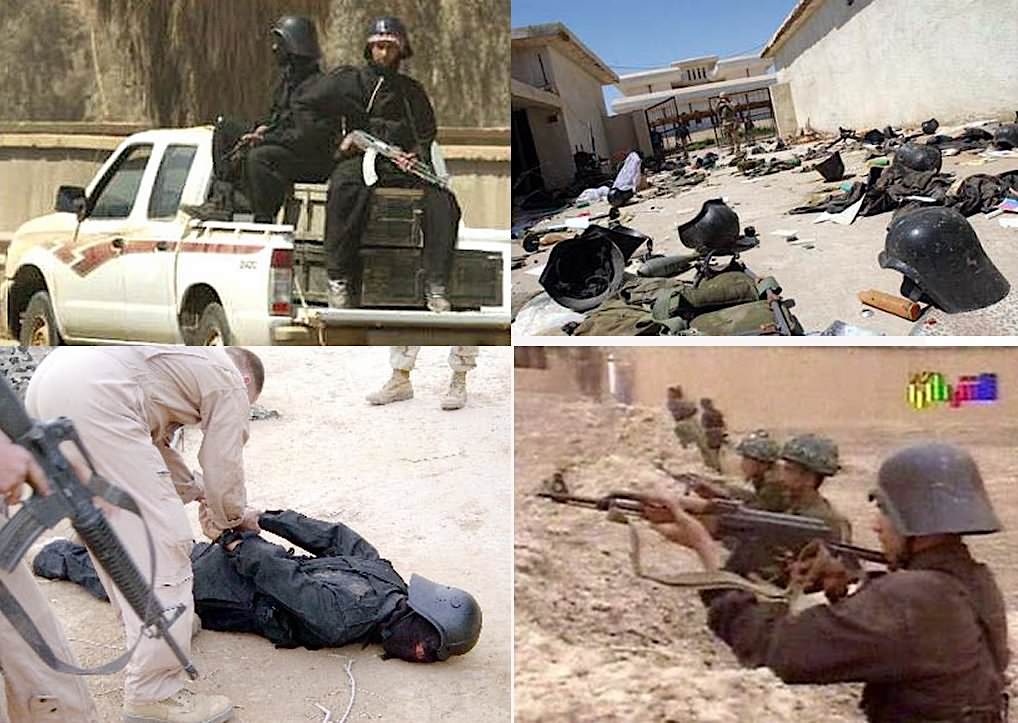 REPLY & QUOTE
HARV (Randy L Harvey) said
Thank you Fred. It is an interesting subject and I enjoyed the book. They remind me of something kind of like WWII partisans or something. Making weapon systems out of what they had available. Some of them are almost "Road Warriorish" in style. I should have added this to my review in regards to the Darth Vader style helmet. Here is the information on that.

The Darth Vader style helmet is being worn by a member of the Iraqi paramilitary Fedayeen Saddam. Fedayeen Saddam was a paramilitary organization loyal to the Ba'athist (meaning resurrection" or "renaissance") government of Saddam Hussein. The name was chosen to mean "Saddam's Men of Sacrifice". The Fedayeen crew wore characteristic black fatigue uniforms and Darth Vader-style helmets reportedly designed by Uday Hussein, the eldest son of Saddam Hussein. The helmet had no ballistic protective qualities whatsoever and was obviously more decorative than functional.

REPLY & QUOTE
panamadan (Dan) said
I enjoyed the book, great ideas in it for the various Meng pick ups.
Dan

REPLY & QUOTE
Looking to meet other MN Armor modellers. I live in Buffalo.

It's a comprehensive book and describes many pickups. The 1/35 pickup kits out there now are probably a bit dated to today's time, but this book gives good suggestions as to what to arm the Technicals with and how they were used.

At the very least, it might give Aftermarket and plastic companies some visual and text insight on how to modify the existing 1/35 pickup kits to advance their versions closer to 2018, or create new 1/35 pickup kits and 1/35 crew figures.

REPLY & QUOTE
JavierDeLuelmo (JavierDeLuelmo) said
Think there are some surprises in the works but may take time...

Think there are some surprises in the works but may take time...

One thing the book seems to point out is that a lot of the Techical pickups used are the 4-door Extended Cab versions.